Federal Varmint & Predator 6.5 Creedmoor Ammo 95 Grain Hornady V-Max review offers the following information: Two of America’s biggest ammo powerhouses have teamed up to create the end-all solution for varmint hunting! This 6.5 Creedmoor cartridge by Federal features Hornady’s 95 grain V-MAX projectile. The V-MAX’s polymer tip rests on the rim of its jacket’s mouth and extends downward into a well formed within its core. This permits the tip to build up substantial energy before it smashes into the core — the resulting fragmentation is devastating, and something no coyote would speak highly of. The V-MAX is also highly accurate. Its tip creates a consistent and pointed meplat, and its profile is optimized to maximize its bearing surface.
This round’s V-MAX further offers a swaged lead core that guarantees its in-flight stability, as well as a boat tail which flattens its trajectory and permits it to strike its target with greater energy, even far downrange. Hornady’s V-MAX doesn’t steal the entire show. This round’s Federal components all come together to support so impressive a bullet’s performance, and include a precision drawn brass casing, clean burning propellant, and super responsive Boxer primer that won’t let you down during the moment of truth.
Federal Varmint & Predator is a line that was developed specifically to give the varmint hunter a distinct advantage over prairie dogs and coyotes.

This particular line of Federal Premium ammunition uses top quality projectiles which are designed to deliver explosive expansion and accuracy on the small furry creatures.

This load is created using high quality Federal brass cases, primers and powders which compliment the projectile type for incredible performance at an amazing price.

Pick up a box or two of Federal Varmint & Predator today. 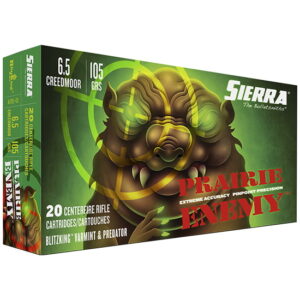 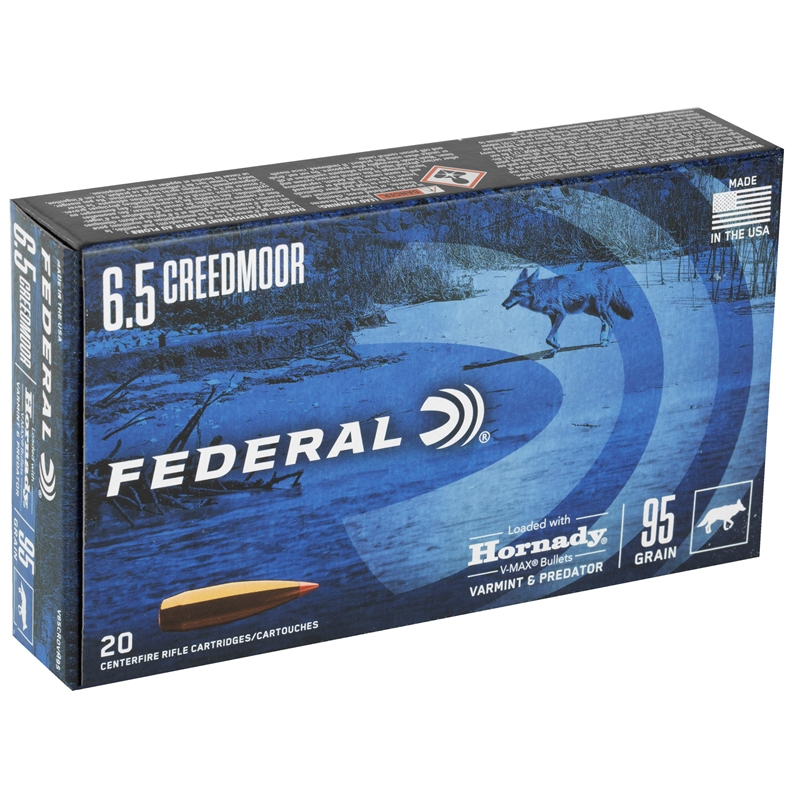